Defying Gravity: Artists of Color “Making It” in the Baystate, Artist Roundtable

Alison Croney Wood Sculptor, Alison Croney creates objects that walk the line between function and sculpture. Using techniques such as coopering, shaping and bending, she highlights forms found in nature while creating objects that encourage interaction. In her work, Alison strives to find a balance between being a maker, craftsperson and educator. She strongly believes that positive change in communities will only happen if young people are empowered by knowledge, skills, and experiences, and is committed to working with young people to help them along this path of positive change. She currently works as the Associate Director of the School Partnership Program (SPP) at the Eliot School of Fine & Applied Arts where she plans, coordinates and facilitates visual arts and woodworking programs at public schools and community sites around Boston, reaching over 1,500 children yearly. Through SPP, Alison also teaches woodworking to 6th, 7th, and 8th graders at the McCormack Middle School in Dorchester. Alison received her BA in Furniture Design from Rhode Island School of Design. She received her MA in Sustainable Business and Communities from Goddard College. 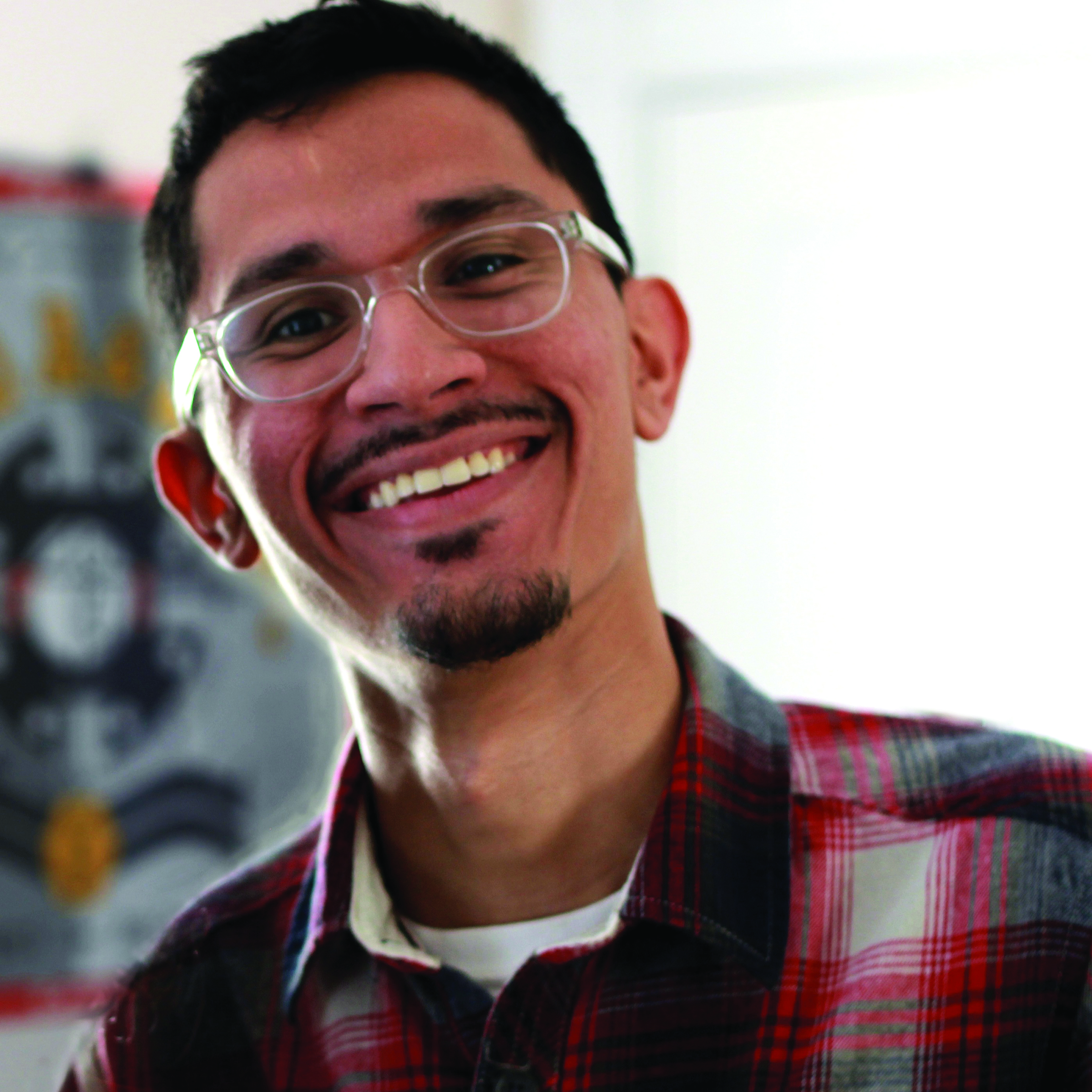 Rene Dongo Rene Dongo is a Boston-Peruvian video-maker who explores socially conscious issues from a youthful perspective. He strives to understand community issues through his films and work with youth. He began making films in the ICA’s Fast Forward program and has graduated from Emerson College. He has gone on to produce award-winning films and music videos and currently works as a teaching artist at the ICA Boston and Urbano Project. His films have shown internationally at ‘Media that Matters’, The Human Rights Watch Film Festival, and locally at the Museum of Fine Arts Boston. 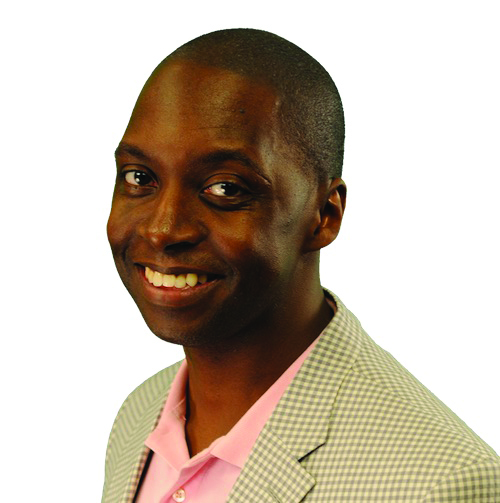 Michael Holley Michael S. Holley is a television and radio sports commentator, sports reporter, and author. Holley worked as a reporter and columnist for the Boston Globe from 1997-2001 and then again from 2002-2005, briefly leaving the paper to work for the Chicago Tribune. In 2005, Holley left the Globe to co-host the WEEI midday sports radio talk show, Dale & Holley Show with announcer Dale Arnold to discuss the various Boston sports teams. Now broadcast at 2 – 6 pm. He formerly wrote columns for the Boston Globe, Chicago Tribune, The Plain Dealer, and Akron Beacon Journal. While working for the Akron Beacon Journal in 1993, Holley was one of several reporters who worked on a project studying race relations in Northeastern Ohio. The series, entitled “A Question of Color,” won the 1994 Pulitzer Prize for Meritorious Public Service. In 2008, Holley hosted Celtics Now, a weekly program on Comcast SportsNet that covers on and off court stories related to the Boston Celtics. Holley is the author of three books one of which, Patriot Reign: Bill Belichick, the Coaches, and the Players Who Built a Champion (2005), made the New York Times Best Seller list for nonfiction. Holley has appeared on the ESPN television program Around the Horn as well as I, Max on Fox Sports Net. His other books include: Never Give Up: My Stroke, My Recovery and My Return to the NFL with Tedy Bruschi (2008), Red Sox Rule: Terry Francona and Boston’s Rise to Dominance (2009), War Room: The Legacy of Bill Belichick and the Art of Building the Perfect Team (2012). 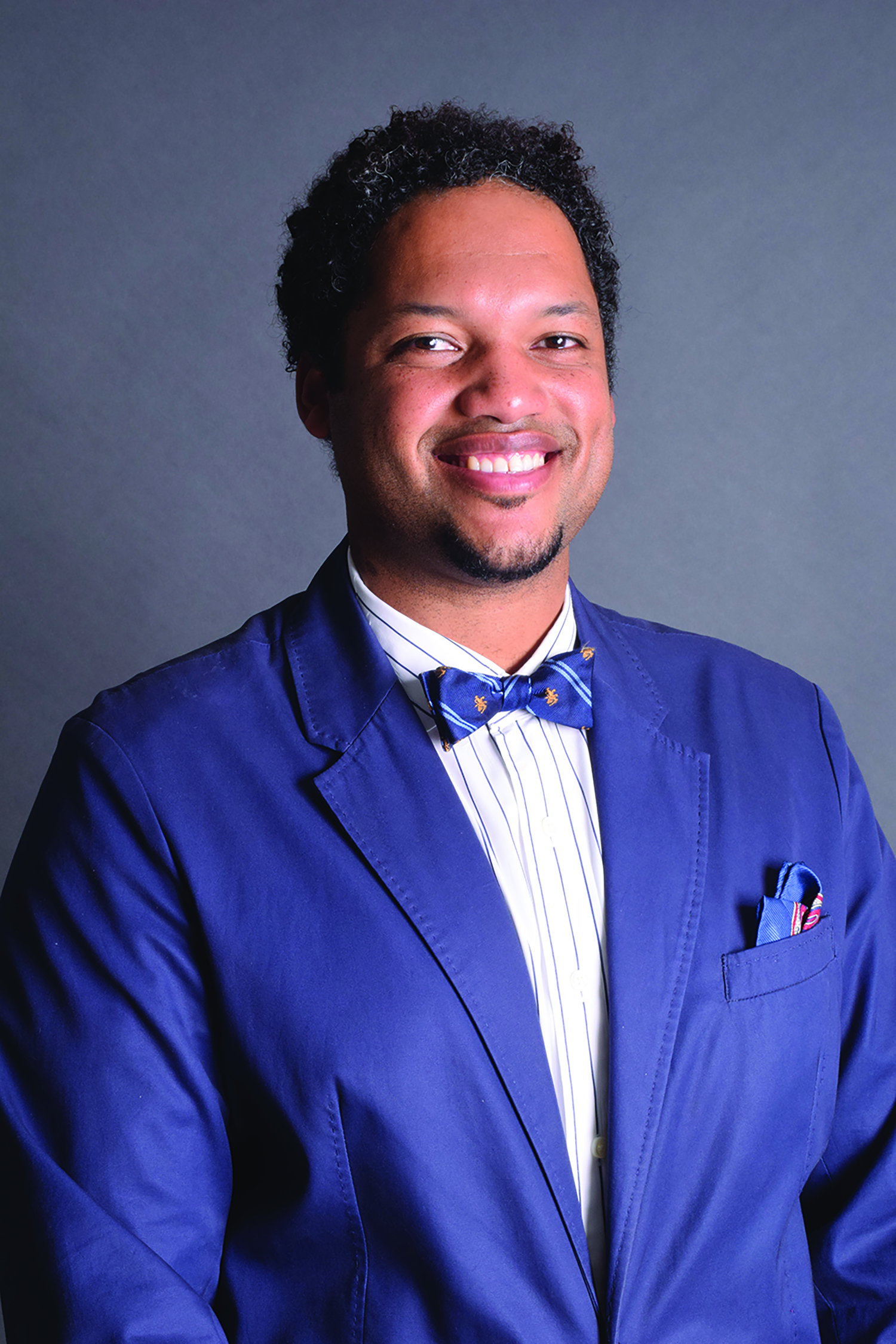 Jason Talbot Jason Talbot is a co-founder and alumnus of Artists For Humanity (AFH), a South Boston non-profit organization that combines art and entrepreneurship to address society’s most challenging social, economic and racial issues. The largest employer of Boston teens, AFH provides some of the city’s most under-resourced youth with the keys to self-sufficiency through paid employment in art and design. Born and raised in Roxbury, Jason is an advocate for inner-city teens. Currently serving as Special Projects Director and member of AFH’s Board of Directors, Jason has dedicated the last 24 years of his life ensuring that these young people are not ignored by encouraging their self-expression through art, and by serving as an example of how to create a bright future. Jason’s reach in the Boston area extends beyond the walls of AFH’s EpiCenter. In 2009, he participated in the cohort of the prestigious Emerging Leaders Program at the University of Massachusetts Boston. In 2012, Jason was chosen as one of Bank of America’s Neighborhood Builders, and the following year he received the Mentor of the Year Award from Youth Design. Jason is also a member of WGBH’s Board of Overseers. 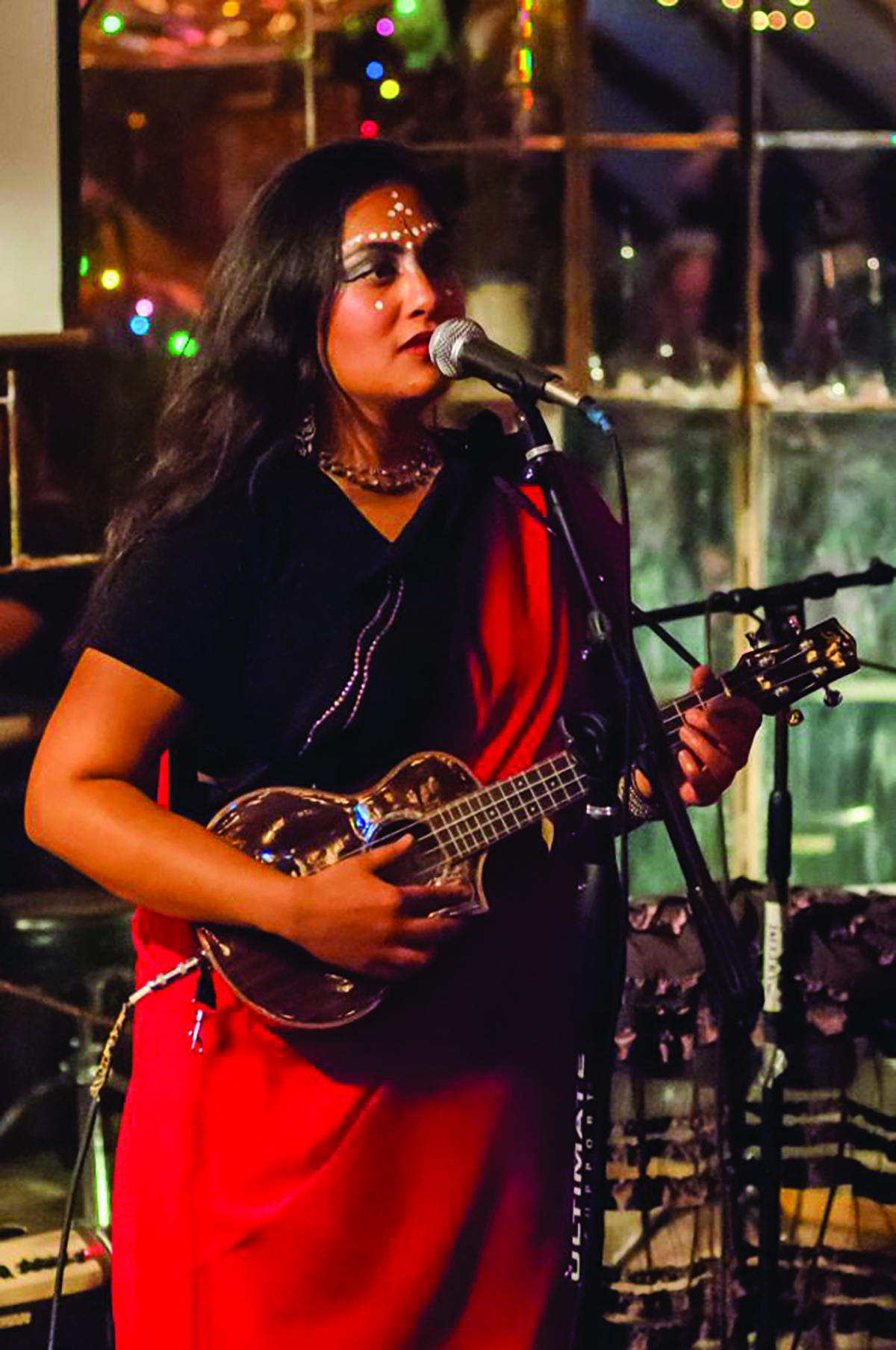 Saraswathi Jones Boston-based artist Tanya Palit aka Saraswathi Jones is a singer/songwriter and a purveyor of what she calls “postcolonial pop rock.” Raised in Michigan with roots in India, she draws from the well of South Asian history, culture and aesthetics for her own music and performance. Jones released her first solo EP Lingua Franca in 2013, and performs also with her band Awaaz Do, which re-imagines classic Bollywood songs as rock and roll anthems. Saraswathi Jones and Awaaz Do hosted and co-produced Hindie Rock Fest — an annual music festival in Cambridge, MA featuring South Asian American artists and activists from a broad array of genres and causes. She is a volunteer and board member of Girls Rock Campaign Boston, a feminist nonprofit which runs summer programs for girls ages 8-17 and employs musical education and performance to foster empowerment and self expression. In 2004, she was awarded a Fulbright grant and spent the year in Dhaka, Bangladesh studying women’s roles in rural and urban economic development. 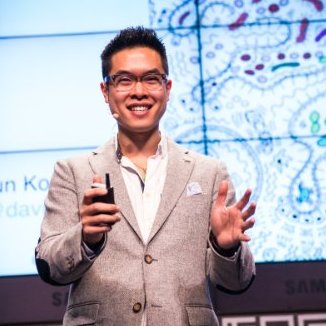 David Sun Kong David Sun Kong is a Synthetic Biologist, community organizer, musician, and photographer based in Lexington, MA. He conducted his graduate studies at MIT’s Media Laboratory, receiving a Master’s degree for developing technology for printing nanostructures with energetic beams and a Ph.D. for demonstrating the first gene synthesis in a microfluidic (“lab-on-a-chip”) system. He was an inaugural fellow for the Synthetic Biology Leadership Accelerator Program (LEAP) and serves as a mentor for the current class of fellows. He is chairing a new Hardware Track for the International Genetically Engineered Machines Competition (iGEM), served as a guest faculty member at the Marine Biology Lab in Woods Hole, and currently conducts synthetic biology, microfluidics, and digital fabrication research at MIT’s Lincoln Laboratory with a focus on open-source hardware and democratizing technology. He has also worked as a community organizer for more than a decade and is the founder and director of EMW, a new art, technology, and community center in Cambridge, MA. EMW’s mission is to empower communities through the transformative power of artistic expression. They emphasize serving marginalized communities and develop programming with values rooted in social justice. Their community programs explore numerous forms of artistic expression, from poetry to electronic music, beatboxing to bio-hacking and more. David has performed as a DJ, beat-boxer, vocalist, and rapper at hundreds of venues, including South by Southwest, the Staples Center in Los Angeles, and Brooklyn Bowl, where he opened for Tonight Show band-leader and hip hop legend Questlove. He is also an award-winning vocal arranger and producer. His photography has been exhibited at the National Museum of American History at the Smithsonian, the Japanese American National Museum, and other museums and galleries across the country. 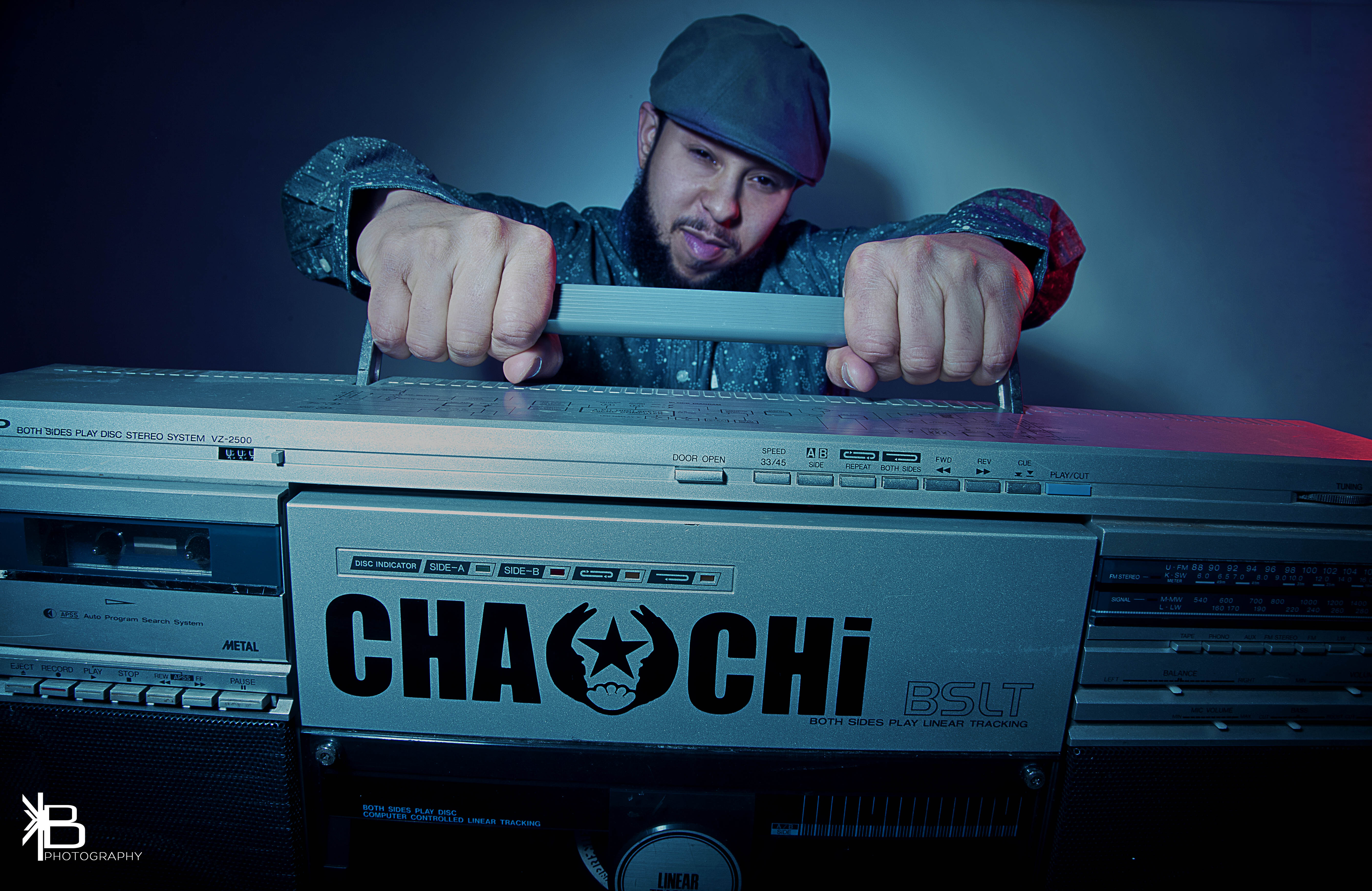 Chachi Carvalho “When rap is something you do, it’s easy to hide behind image and lies. When hip-hop is something you live, you can’t help but tell the truth.” –Charles “Chachi” Carvalho. While many rappers prefer to talk about guns and violence, Chachi Carvalho talks about the realities that all of us can relate to: everyday struggles, love for one’s family, and a passion for music. Chachi comes from a long line of musicians and singers in his Cape Verdean family, and he’s a native born-and-raised Rhode Islander, coaching football and opening a recording studio in his hometown of Pawtucket. In his career he’s won acclaim from Vibe magazine in its roundup of the best MCs state to state, and he was a two-time winner of the Wild Out Wednesdays competition on BET’s 106 & Park. Chachi was recently awarded the 2014 Cape Verdean Music Award for best hip-hop act. His two previous album releases, In Dust Real Evolution (2012) and Cape Verdean In America (2013) were both well received in numerous markets and are available on iTunes and other digital mediums. His recent wave of accomplishments includes performances at the Kennedy Center in Washington D.C., the Atlantic Music Expo in Praia, Cabo Verde, the Moshito Music Conference in Johannesburg, South Africa, 15 trips to Cape Verde Islands over the past 5 years, and lecture/performances at Roger Williams University, Trinity College, Providence College, and Harvard. Chachi continues to write and record new music as one of the most prominent voices on Rhode Island’s hip-hop scene, and he continues to spread his message of positivity and gratitude through song, community activism and in raising his own family. Chachi is geared up to release his 3rd and 4th official solo album releases in 2016, Rapfrohouse and Sensitive Dependence. He is a talented young man with a wealth of knowledge to share and an optimistic view on life. He would much rather count his blessings than count his problems.